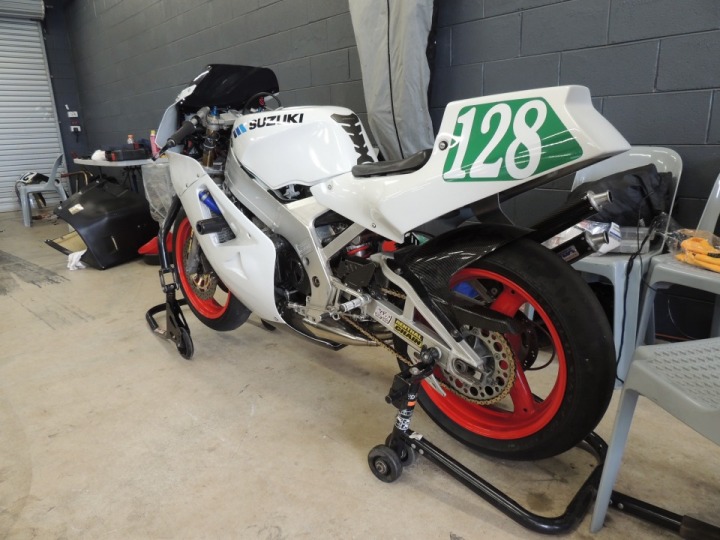 It’s been an interesting couple of days to say the least but, you know me, I NEVER say the least so here’s what’s happened since my last post.

On a normal Island Classic weekend I’d head off super early and try to make it through in a day and be here for Unpacking Day on the Wednesday but this weekend has had a slightly different start. Being he obliging soul that I am, I booked a nursing home concert on Tuesday afternoon at 1400. That meant I wouldn’t be able to leave until 1500 and driving through the night on the Hume with the semis and the wildlife didn’t seem like a great idea. So, when I’d finished the concert at Albion Park Rail, Helena met me, we loaded my music gear into the car and she headed back home and I took off south. I had a great run and made it through to Chiltern, a big truck/car layover half way between Wodonga and Wangaratta where I pulled over around 2100, climbed into bed and knocked out the zeds until 0600 the next morning. It’s amazing how good modern industrial ear-plugs are.

I pulled over fro brekkie at another layover further down the road, diesel stop at the big servo at Glenrowan where the prices were surprisingly un-bushranger-like and down the Hume to Seymour (there wasn’t really much to see that I hadn’t seen before 🙂 ) and down the glorious Black Spur and onto the Island via the usual back roads. Apart from a redneck in an old Falcon ute trying to wipe out the guy in front of me by pulling right when the guy in the Renault was trying to pass him, it was  pretty uneventful.

I arrived around 1145 to find out that the best laid plans, etc, etc, Unpacking Day had been brought forward and the international teams (and the WA contingent who bring a shipping container load from the west every year), had already unloaded and were well into set-up mode.

It’s going to be a very different Island Classic. After years of the Team GB juggernaut led by Roger Winfield’s outfit being the pace-setters,Team UK is a mere shadow of its former self with Roger’s absence. The team is mainly made up of club racers (though still a couple of well-known names) riding “proper” historic kit, TZ350’s et al. There is no Team NZ at all though there are some well-known Kiwis riding but just in the individual events, not the Teams Challenge.

Team Australia will be hard to beat again with a swag of big-bore bikes and big-name riders to add to their home-track advantage but the team from across the OTHER pond is looking very bullish indeed. Minus Jason Pridmore who is still recovering from his huge crash last year, (some lingering orthopaedic issues) but boosted by a six-times Canadian superbike champion and last year’s hero, Josh Hayes’s wife, Melissa Paris who is an accomplished superbike racer from the AMA superbike scene the team has strength and depth. It will be interesting to see how she goes, riding at a new track to her AND riding one of Dave Crussell’s TZ750. How many women racers have raced a TZ750 in open competition? Answers on a postcard, please.

As usual, the first day was spent scoping out the land for possible interviews and renewing friendships that get renewed every 12 months. It was great to see my good buddy, Ottis Lance, there, helping to support the Team Texas team within Team USA, Otter is staying on after the meeting to consult with an orthopaedic surgeon in Melbourne about his still-not-right right leg. I hope he gets some answers. Paulie, Dave and Jorge are such cool guys and Jorge has brought his wife and a good friend of his along this year so I have now made some more good friends.

I was privileged to sit in on the Team USA team meeting and listened to what was the best “pep talk” I have ever heard in any form of sport. Team boss, Dave Crussell laid down the law and stressed the importance of riders keeping in mind that it was TEAMS racing; finish every race if you can, don’t dice with your team mate and rack up all the points that you are able to. It was an inspiring speech, Dave at his super best, I was hugely impressed. 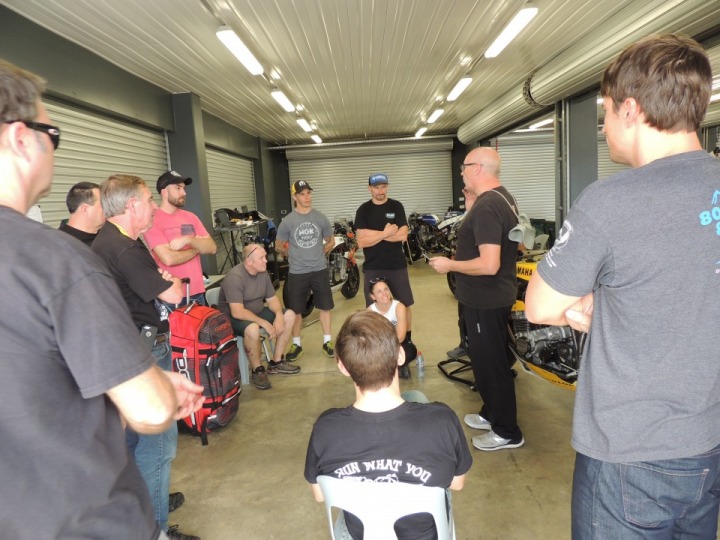 I went out to dinner at Pinos with my hosts last night and spent an hilarious evening listening to tall tales and true of racing then it was back to our digs to prepare for Thursday which is going to be Practice Day. I was woken some while ago to the sound of heavy rain on the roof so I hope it clears before the gang have to attack the tricky and demanding PI layout.

Well, if I am to be at MY best later this morning (a great difficulty at ANY time) I’d better close out, publish this and get back to bed. Stay tuned for regular updates and follow my Facebook site for a fresh batch of photographs at the end of each day. Good night and catch you later.