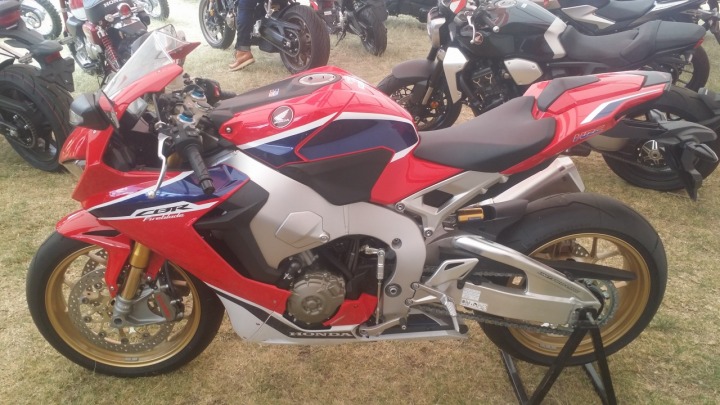 First of all I must apologise for my absence but I do have a good reason.  Over the last few weeks I have been treated for a number of skin cancers and they have kept me pretty occupied. I have had a number of small BCC’s frozen off and two larger ones cut off my left arm that required a pretty large incisions and quite a recovery period. While BCC’s are annoying they are not considered dangerous but should be removed when found.

Of much greater concern was a melanoma that was discovered when I had my skin check-up done. Melanomas, as you no doubt know, are dangerous suckers and need to be removed asap. This one was on my right neck just over the collarbone, not much flesh to work with and uncomfortably close to the lymph glands which cancers of this type just love to invade. In about a 2 hour operation in my doctor’s surgery, the melanoma was removed and sent away to be tested. Sewing up the resulting incision left a very painful wound and the stitches required to seal the place from which it was removed have been very awkward as they seek to hold the flesh back together.

Thankfully, the tests showed that my doctor had excised the whole cancer which was quite a relief. However, the local regulations require that, if a melanoma has been removed, the margin around the growth to be removed should be 5mm. Most doctors, including mine, try to limit the amount of cutting that needs to be done to just 3mm and then wait for the biopsy results. So, while I had a clear test, the rules require that I be operated on again so that the full 5mm could be taken from around the site. Since the cancer is so close to the arm pit a full test of the lymph glands was also required.

This second operation had to be done in Sydney at the Melanoma Institute and was done last Monday week. While the anaesthetic eliminated any pain, the  sound of my flesh being cut open, so close to my right ear, was not a pleasant experience, I can tell you.  The doctor did a great job and also confirmed that there was no need for exploration of the lymph area since the cancer had not gone below the surface of the skin at all.

I have a long, 2″ incision on my neck that has made movement, sleeping and other normal activities just a little difficult. I has also made driving very difficult since I can’t turn my head quickly and riding impossible due to the weight of a helmet on my neck, so it hasn’t been the easiest month for me. Having said that, I am grateful for my doctor’s skill and expertise and for the wonders of modern medicine that can stop a problem like melanoma in its tracks whereas once it was almost a death sentence.

So that is the reason for my no-show. I have been on social media a bit but long periods of typing do strain the affected area. However, my title today refers not only to my personal difficulties (which are but minor compared to the horrors that my fellow Australians have been enduring with out of control bushfires all over our state and even less when compared to a dear school friend of mine who confirmed this morning that her beloved husband succumbed to the big C this morning).

The title also refers to the Australian Motorcycle Expo that took place in my home town of Wollongong last weekend. The Expo is the successor of the Australian motorcycle shows which were held yearly, alternating between Sydney and Melbourne. These large, indoor events were the showcase of Australian motorcycling for many years until economic pressures, rapidly increasing rentals for the venues in which they were staged and flagging support from the industry led to their demise.

The Expo is run by Aussie racing legend, Troy Bayliss and, as such brings a great deal of “clout” given the respect that we Aussies feel towards our former world champion. However, as Jeremy Clarkson used to say, there is a problem (in fact there are a NUMBER of problems).

The major problem with running ANY motorcycle show here in Australia is the matter of timing. Since ever I can remember, the show, whatever it has been called, has always been run in November, our springtime. Now I am sure that somewhere in the far distant past, someone thought that this was  great idea and that succeeding generations of organisers have simply followed suit but the fact is that it’s dumb and I just can’t understand why the organisers can’t see it. Yes, the weather is great, hey, you can even run your show outdoors with relative safety like they did last weekend in Wollongong. But it’s dumb because the patrons don’t get to see ANY NEW BIKES. Last weekend’s show was held a week after the major show in Milan where all the 2020 models were released. The photo at the top of this article is NOT the 2020 model Fireblade that Marc Marquez has been rhapsodising about, it’s the 2019 model, and it’s been in the shops where you can see it for free and get a test ride for SIX months.

Despite incurring vastly cheaper rentals for their stand space compared to Darling Harbour in Sydney, quite a few importers didn’t even bother to mount a stand at the Expo. KTM, Aprilia and Triumph, for example, were no-shows, preferring to let their retailers carry the can with a hugely reduced inventory. Now the industry isn’t quite in free-fall at the moment but sales are in a bad way and showing no signs of picking up anytime soon, but surely that’s when you should be out there, trying to drum up sales, not staying away and making the situation in the market look any worse?

The accessory retailers were there, of course, but precious few real bargains were to be had and I didn’t see ANYONE walking around with new helmets, gloves, etc. The one area where the show did seem to shine is that plenty of the exhibitors were offering test rides, good on them. But if, like me, you aren’t in the market for a new bike and never will be, test rides are really only for the well-heeled (or the dreamers – perhaps that’s it?)

Dirt bikes were in abundance and that’s not surprising given the long history of dirt bike sport in the Illawarra. But, if it wasn’t for Yamaha who had FOUR separate stands at the Expo the whole scene would have been very thin indeed.

Suffice it to say that there was nothing at the Expo that you wouldn’t have been able to see at your own local bike shop and with much easier parking, better catering and more convenience.

What is the answer? The same answer which I have been giving for years and years, MOVE THE DATE OT THE SHOW TO MARCH. Yes, it really is that simple. Before the new bikes hit the showrooms, let the punters see them, test ride them and start deciding so that, when they ARE released, the retailers get the benefit.

Every year I go, hoping that something will have changed and every year I am disappointed. I’m sad to say that, unless there is a dramatic change, this year will have been my last motorcycle show. I’m sorry to be a negative Nelly, but it’s a bit like knocking your head up against a wall, it feels good when you stop.