The appalling weather that threatened to shut down this weekend’s Australian Grand Prix at Phillip Island has again led to calls for the date of the event to be moved to a date where the weather is more predictable. Now, having said that, the weather at PI is rarely so, it’s location out in Bass Strait almost guarantees it. Nevertheless, the pundits do have a point. Springtime weather in Australia IS finicky and unpredictable.

Throw in the above challenges of the track’s location and trying to run a meeting there at this time of year is always a challenge. 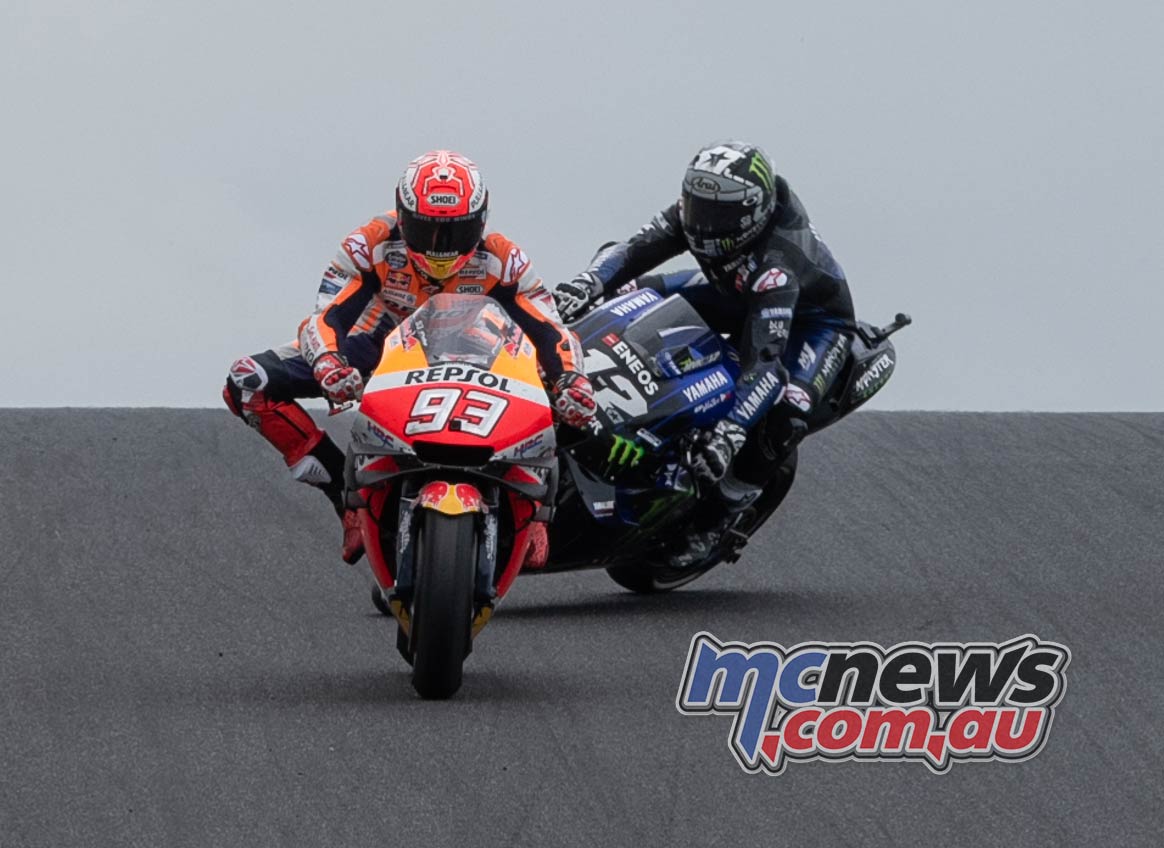 The organisers must have breathed the BIGGEST sigh of relief when Sunday dawned sunny and with the increasing likelihood of a fine day. And so it transpired with all three races taking place under sunshine and on a dry track. There were a few drops of rain on the last lap of the MotoGp but they didn’t influence the result of the race at all.

As always, PI delivers and the three races were all crackers. My favourite Moto3 rider, Lorenzo Dalla Porta got up in a torrid encounter to not only win the race but also clinch the World Championship in the class, congratulations, Lorenzo. And his team-mate, Marcos Ramirez, came from the clouds on the straight to make it a Leopard Honda 1-2, as close to perfect as the sky blue team could have wanted.

KTM might yet be ruing their decision to pull out of Moto2 at the end of the season with their riders also scoring a 1-2 to demoralise the opposition. Last year’s Moto3 champion, Jorge Martin showed why KTM recruited him with an excellent ride behind team-mate Binder who is off to the “works” team in MotoGp next year. I sure hope that Martin, another favourite of mine, finds a good seat for 2020, he’s MotoGp bound sooner rather than later. And congratulations to Remy Gardner who didn’t let the pressure of his home GP go to his head, bringing the #87 bike home in 6th. I bet his dad was proud, it was 30 years ago when Wayne won that first emotional AGP at PI.

The MotoGp race was enthralling as usual. Whether he wins from the front or does the “stalk and pounce” Marquez is always a cut above the rest and so he proved to be on Sunday. And the Aussie fans got their wish with Vinales’s last-lap fall (above) elevating hometown hero, Jack Miller, onto the podium. Ducati management must now be wondering if they did the right thing choosing Petrucci over Jack now, Danilo’s form has taken a nose-dive big time.

But, back to the idea of a date change. Early in the year is the preferred option and the proponents of the idea have a valid case. In Summer, though it is, of course, hotter, the weather at PI is much more stable and would afford the organisers happier teams and riders, drier spectators (a friend had his tent blow into the sea o Friday night) and a much better spectacle all round.

In 7 years of attending the Island Classic on the last weekend of January, there has been one rainy day and that was only for half a day so the idea is good.

BUT, there are a couple of problems. Firstly, there are already TWO major meetings at the Island in later January early February; the Island Classic and World Superbikes. Regardless of how much money was waved under the noses of either of the organisations running these two events, I doubt it would be enough. And fair enough, too. Both the events have an established presence at that time of year and I can’t see either of them accepting a date switch with MotoGp just to satisfy the desires of the “top end of town:.”

As my title suggests, its always a good idea to examine carefully the ramifications of your wishes before expressing them and there is an even more compelling reason why changing the Grand Prix to an early date in the year may not be a good idea. A late-year date nearly always guarantees (especially one as late as PI’s) that the three championships are still “live” and/or could be clinched at this event. Swapping for a date where the profile of the title chase and the excitement leading up to its conclusion has not even started to build yet is probably NOT a good idea. Yes, the title CAN be decided by the time the “circus” hits PI, as it was this year in MotoGp, but equally it may not be and why would a promoter pass up the opportunity for the title-decider to be held at their event?

So, be careful what you wish for, you might just get your wish granted and the be sorry later.