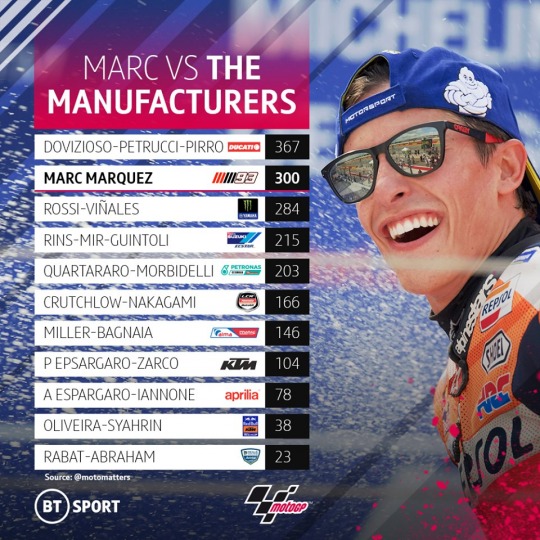 Oh, dear, I have been very slack, haven’t I? My sincere apologies. As you can see from the title, next weekend begins the 4 rounds of the MotoGp world championship that are away from their European base. They are called fly-aways for this reason. The great thing about the fly-away rounds as far as I’m concerned is that they are all in my time zone so no more re-eye race meetings for a bit. Thailand, Japan, Malaysia and Phillip Island mean that the riders will be doing their daylight thing in MY daylight, whoohoo.

The way things are going, however, it looks like the fly-away rounds might not have the excitement that they usually have. Aragon last weekend was a crushing defeat for the rest of the teams and Marquez heads to Burarim with a more-than-likely chance of clinching the 2019 title there.

And, speaking of Aragon, what a devastating weekend it was for the pretenders. Knowing that the weather could turn dodgy on Saturday and perhaps even Sunday, Marquez went out in FP1 and treated it like a qualifying session. At the end he was 1.6 seconds faster the the rest. The video of the riders’ and teams reactions at the end of that session told the story, utterly mystified and bewildered. After FP2 when he finished 4th fastest, the combined times STILL meant that he was heading into Saturday 1.1 seconds to the better of the rest. He topped FP4 after electing to not even contest FP3 because of the rain and then took pole by over 3 tenths of a second.

At the show of the green, he bolted away into the distance and was more than a second in front of the pack at the end of Lap 1. He built a lead of over 8 seconds by late in the race when he buttoned off and crossed the line just a bit under 5 seconds to the good. As victories go, it was arguably the most crushing of his short career. The stats keep mounting up but the graphic above tells another interesting story. Marquez has scored just 67 points less than the THREE Ducati riders combined, and is comfortably ahead of the other combined team totals. And it isn’t just that he is winning that is so impressive, it is HOW he is winning.

Roll on Thailand next weekend.

I haven’t been doing much riding; it’s Springtime here and the weeds are jumping out of the ground so I’ve been trying to help Helena keep them under control before we get overgrown. I did ride briefly this morning, however. John Keogh was scheduled to be taking photos on the Pass today so I rolled Goldie out for a leisurely run up the mountain in the hope that he’d get a couple of photos of us. I think he did, I’ll just have to wait till he posts them up tonight. I only rode as far as the bottom hairpin where I stopped, took a couple of photos of my own and then ambled home. Bike went well and I really can’t believe how well it handles for such a big bike. 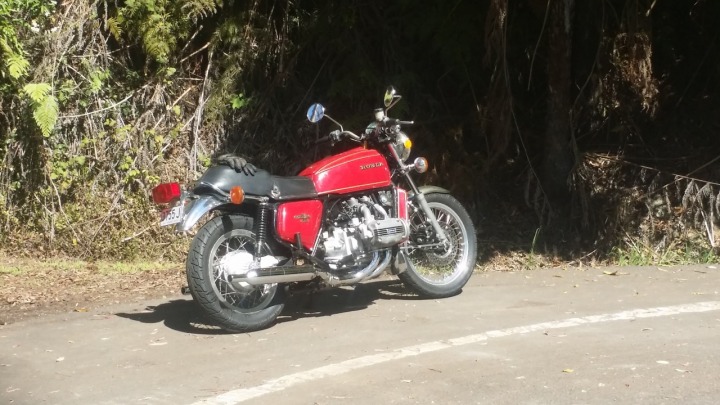 Thanks for reading, as always.