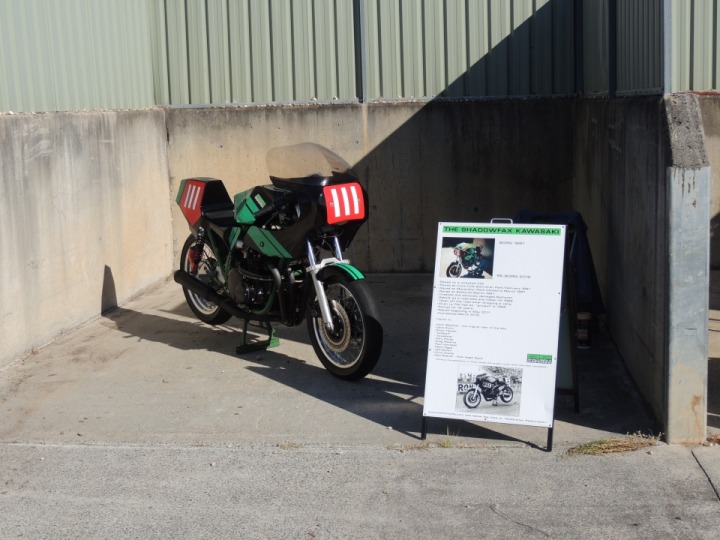 Winter is drawing to an end and that means that it’s show time coming up. Living on the coast as I do, there are always plenty of car/bike shows on the calendar and they are always fun. This season, of course, I will have two bikes to show, the Gold Wing and the Shadowfax which poses a logistical problem the solution to which I haven’t quite figured out yet.

Coming up soon are two big shows, the AMCA Antique Car and Motorcycle weekend at Bulli Showground. To give you some idea of how big this show is, it is a 2-day event, on the 24th and 25th of August. The Shadowfax is presently BURIED behind a mountain of “rubbish” in my shed so tomorrow I am going to have to grasp the nettle and dig it out. I can’t say I’m looking forward to that but it has to be done. It is quite some time since I’ve showed it so it will need a bit of a tidy up. That said, it is well and truly covered with some blankets so it shouldn’t be too bad. In a strange coincidence, Bulli Showground is also the venue of the Illawarra Folk Festival where I have sung with the group for the last few years.

Then,. on the 15th September there is the annual show hosted by my club, the Classic and Enthusiasts Motorcycle Club. This is only a one-day show but it is a big one and the club last year had to rent a larger oval in Heathcote in Sydney to accommodate its growing demands.

The promoters of the Bulli show assure me that I can leave the bike there overnight as they are providing security but I’m still undecided about that. I might have to make some better arrangements.

Later in the year will be the Lions Club show at Kiama Showgrounds which is always big and then, early next year, the bike show promoted by the Shoalhaven club at the Berry Bowling Club. I’ve done the Berry one three times and missed out on a trophy for the best racing bike three times; I didn’t even go this year 🙂

Last night’s Austrian GP was a cracker, as every MotoGp event seems to be these days. A welcome win by Ducati breaking a long streak of not winning and a torrid battle between Dovi and Marc. Marc drops 5 points but he is still leading by 58 points so the title is his to lose.

The weather here has been appalling for the last 6 days or so with the usual howling westerly winds that are always a feature of weather in Wollongong every August. I’m still trying to get over a cold that has laid me low for over two weeks so, even if the weather HAD been conducive, I wasn’t going out on EITHER bike. And, speaking of bikes, I managed to get the Gold Wing registered on Friday. Historic registration is so cool. $94 including Green Slip and 40-odd of that is paying for the historic number plate. next year it will only be $46. 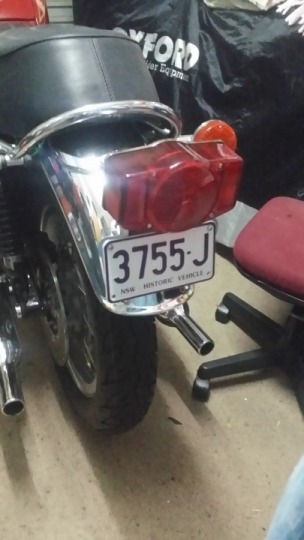 Going to sit down this afternoon and organise some insurance before I take it out. Hopefully that will be reasonable also.

Well, that’s it for now, catch you next time.