You are here: Home / News and Updates / MV to build in China, shock, horror 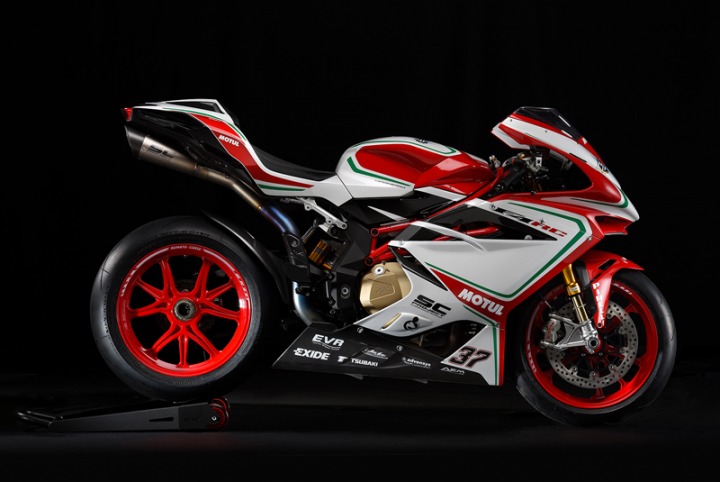 The motorcycle industry is in melt-down this morning following last week’s announcement that MV Agusta is set to partner with the Chinese manufacturer, Loncin, to produce small capacity motorcycles in Loncin’s facility in China. By small capacity they are talking of 350cc-500cc motorcycles. There will also be an 800cc model called the Voge. The purists are already running up the surrender flags at the gates assuring us that this is the end of motorcycling as we know it; the last bastion of European tradition and purity has now been broken down.

To which I reply, in the immortal words of Sherman Potter, “Horse hockey!”

Let’s strip away the hyperbole for a minute and look at the facts. Firstly, MV Agusta isn’t MV Agusta any more, at least not as we know it, Agostini glory days, etc. It hasn’t truly been MV Agusta for decades. Like the old saw about grandpa’s old axe that has had three new heads and two new handles but is still grandpa’s old axe, MV has been dead and buried and resurrected numerous times since the heady days of Grand Prix domination and the 750 America. The badge on the tank says MV and the company that makes the bikes has purchased the rights to use the name but that’s where the similarity ends. The company has had several owners who have stepped in and bought the struggling, often bankrupt, remains of MV and put the name back onto a new range of bikes. So, before we talk about tradition and succession, let’s remind ourselves that the only thing that is TRULY MV about the new MVs is the name on the tank. Everything else is new and bears no historical or engineering link to the MVs of yore.

Secondly, like all the European manufacturers, MV is struggling to stay in production, meet the ever-increasing demands of EU technical regulations and keep selling a high-priced product in an shrinking market. All up, European buyers buy about 1.5 million motorcycles a year. Sounds like a lot, doesn’t it, but it’s a pittance compared to the overall European population. AND the vast majority of those bikes that ARE sold are small-capacity bikes or scooters. MV has neither the means nor the interest to compete in this market so it concentrates on a tiny niche, making exotica that few can afford and relying on small production to maintain a market reputation.

Thirdly, A partnership with an Asian manufacturer will allow MV to tap into a hugely lucrative market where motorcycles are sold in quantities about which European manufacturers can only dream. China itself sells 15 MILLION motorcycles a year with neighbouring countries like India, Indonesia, Vietnam and so forth also setting astronomical sales figures. If MV can get even a tiny fraction of that market share they can assure the continued viability of their boutique brand bikes for a considerable period into the future.

Fourthly, MV needs something like this to enhance its reputation. Despite the reverence with which us “oldies” treat the name, the facts are that MV hasn’t covered itself with glory in the quality control department with numerous factory recalls dotting its history in recent years. Loncin, with its new factories and new techniques will bring an increase in quality control that MV desperately needs.

Fifthly, it will also work in Loncin’s favour (surprise-surprise). Loncin markets a brand called Voge and they want to start making and selling a bigger bike, around 800cc. Having access to MV’s expertise in the “big” bike area will help them greatly.

And, lastly, Loncin will have access to MV’s design team, enabling them to tap into a more “acceptable” styling pattern for their own new bikes.

Of course, the shock-horror gasps of outrage are so contrived that they are not even funny. MV WON’T be building Brutales and F4is in China, in fact the bikes that they DO build in China probably won’t even see the light of day in Europe. They probably won’t even meet EU standards for emissions, etc, because they won’t have to.

Let me conclude my homily today with a little history lesson that is based on the car industry but is equally relevant in the present discussion.

When Japanese cars came out in the 1960’s they were pretty agricultural, knock-offs of existing British designs mostly. Nobody wanted to buy them because they were “rubbish”. But people soon found that they weren’t. They were fun, they didn’t leak oil, their electrics were reliable and the quality quickly improved. Soon, Japanese cars were the rule rather than the exception. Then Korean cars started to arrive on the scene. Basic and not very appealing. In the last decade they have improved to the extent that they are the rule rather than the exception. Now Chinese cars are arriving and exactly the same thing will happen all over again. And in a similar way, the same thing will happen with the bikes coming out of China AND India very soon.

MV’s decision will prove to be a very clever one, mark my words.