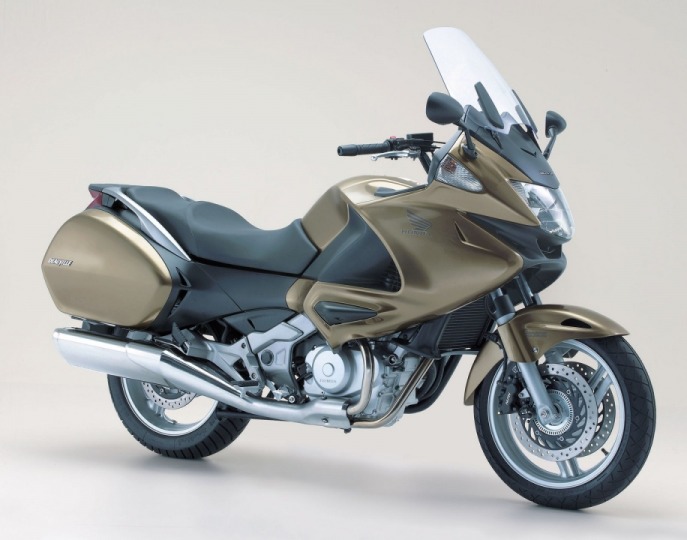 The motorcycle industry is in a bit of a pickle at the moment. Sales are down and there appears to be a general lack of understanding as to why it is and suggestions of how to fix it. Nowhere is this more clearly illustrated than in the present state of Honda and its road bike range. Interest in sportsbikes appears to be at an all-time low, the Big Red doesn’t have any contenders in the naked/hooligan bike range to compete with the super-successful MT range from Yamaha (I’m discounting the LAMS 650CB) and neither does it have a viable contender in the expanding adventure bike sector with the exception of the Africa Twin. While the AT looks good spec-wise, it just doesn’t seem to “fit” when lined up against the super-successful adv bikes from the Euro manufacturers. I must admit that I’ve seen a few on the road so Honda must be selling some of them but there’s just something about them that seems a bit weak.

The new Gold Wing is apparently selling well and it certainly looks the goods (a guy round the corner has one and I do like the look of it a lot). However, there are already many unfavourable comments about the suspension, its lack of travel and its apparent inability to cope with heavy loads and indifferent road surfaces. Indeed, I heard someone saying the other day that there is a shop in Brisbane that is doing a roaring trade uprating the suspension on the new ‘Wing so that it can do what the old ones used to do. No doubt that the old model had just gotten too “porky” altogether but a smaller model with less capability just doesn’t seem to be the answer to the problem. A bit worrying.

Nowhere is Honda’s confusion more evident than in the Sports/Touring sector. The advent of the unwanted 7th Gen Honda VFR1200 coincided with the phasing out of 4 of Honda’s signature models, firstly the VFR800 (yes, a new one came out in 2014 but that was a hurried admission by Honda that it had gotten the 1200 horribly wrong). But gone are the following, the VTR1000, the Blackbird and the ST1300. It is very clear in retrospect that Honda’s hope was that, by introducing the 1200 (was it really 9 years ago?) that it would be the bike that would replace all of the superseded models in one hit.

It wasn’t. How many have you seen on the road? Look at the resale prices and you will see that it just missed the mark completely. At a $A25k list price when it first came out (grossly over-priced by anyone’s measure) the last few models on Honda dealers’ floors, which took years to shift, I might add, were being hustled out the door at around $A12 IF they could be sold at all.

Why is this happening? It’s simple, really. Honda has taken its corporate eye off the ball and has put most of its energy into producing feature-packed bikes filled with technology that nobody wants. Weighed down by it self-imposed responsibility of being the technology leader, Honda has allowed technology to dictate what they produce rather than producing bikes that the CUSTOMER wants. VTEC, DCT and other fluffy bits are all very interesting technological exercises at which Honda has flung millions of dollars but they have done so at the expense of producing bikes whose FUNCTION is more important than their FORM. Riders don’t CARE about the gimmicks, they just want bikes they can RIDE and which do the job brilliantly. Gimmicks are only of value at the coffee shop where the “My bike has a such-and-such, does yours?” argument is utterly meaningless if your mate on the “normal” bike has beaten you there!

So, Honda, I am sad to say, has lost the plot at the moment and this hurts to say as a dedicated Honda man. And don’t even get me started on their dismal showing in the superbike market, sheesh. (yes, I know the rumours persist of a V4 superbike to rival the Panigale, but it will cost an arm and a leg and will arrive at the party way too late if it arrives at all)

BUT, there may be some light at the end of the tunnel. The normally very reliable VisorDown web site is reporting this morning that Honda may be set to revive the sports touring market with a brand new bike and it will be based on the concept pioneered by the Deauville (remember them?) Quickly nicknamed the Dullville because of its utterly underwhelming everything, the Deauville was Honda’s attempt to revive the mid-sized touring market that had been vacated years before by the CX650-based Silver Wing, the naming is significant. Well, it seems that Honda may be about to revive the Deauville but with some significant changes. The engine will be the 8 valve V-Twin engine from the Africa Twin. 1000cc, around 100bhp and 72 ft/lbs of torque. Shaft drive for zero chain maintenance and a DCT to make riding easy. I’d prefer it with a V4 engine, but beggars can’t be choosers. IF Honda can keep the seat height, the weight and the price down, they might just be on a winner here. For certain Honda desperately need SOMETHING to regain their relevance in the market place, maybe this new bike will be a start?

It certainly WON’T be called the Deauville, that name has way too many bad connotations, but it MIGHT just be called the Silver Wing again, I could live with that. Honda’s naming/numbering system history suggests the NT1000 as the probably model number. It will need a good suspension package and will need to be pillion-suitable as well.

And, speaking of Honda and its woes, news in this morning that Jorge Lorenzo’s back is not responding well to treatment and that he will miss the next TWO Grands Prix and hopes to be back for Silverstone. Test rider, Stefan Bradl will be dusting off the leathers again and Marquez will be basically flying solo at the front, not that he minds doing that. Many riders have raced on after broken backs but, if I was Jorge, I’d be giving it a long, hard think.

That’s my bit for today, catch you net time.