Away from the glare of the MotoGp epic at Assen and another embarrassing Formula One race in Austria, another very prestigious motor sporting event was taking place over the Atlantic in the USA. The Pikes Peak International Hillclimb, an annual event, was run and won and the winner of the motorcycle division, and new record speed holder, was Australia’s Rennie Scaysbrook, riding a very trick Aprilia Tuono.

Rennie, son of Australian motorcycling journalist and historian, Jim, now lives in the USA and works there as a journalist himself. This was Rennie’s (aged 36) third shot at the big prize and he made it count. He won the “Heavyweight” class and the overall class against a field of 27 other motorcycles who do separate, timed runs against the clock to determine the winners. His time of 9 minutes 44 seconds is the fastest time ever for a motorcycle. The hillclimb course is now tarred all the way; it used to be dirt, then a combination of both, and is a diabolically difficult course to learn (imagine a road racing track with elevation changes where the lap times were nearly 10 minutes a lap!) Oh, and Rennie’s bike carried the #34, the number that Jim always used when he was racing, very cool.

Rennie went into the event having qualified with the second best time behind American rider, Carlin Dunne on a very special streetfighter version of the V4 Ducati Panigale. You can watch an extended interview with Rennie recorded immediately after his run and watch the POV footage of his winning run here.

Sadly, the event was marred by the tragic death of Carlin Dunne who crashed within sight of the finishing line. Despite the best efforts of the ambulance people on-site, he could not be saved. Rennie did not know about this when the above interview was recorded. 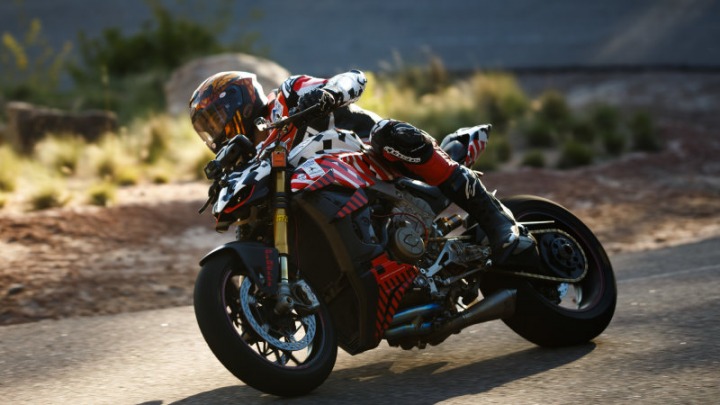 As always noted in situations like this, our sport can be a very cruel one.

Congratulations to Rennie, he did us, his family and his team proud. Go, Aussie!