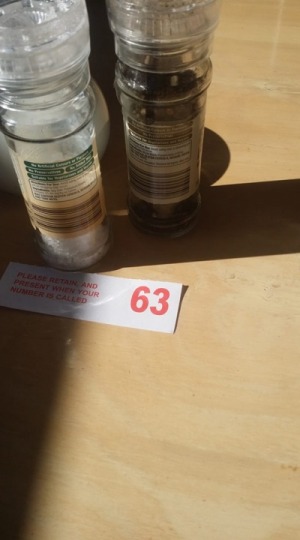 As noted previously, I haven’t been on the bike much over the last few weeks. Aside from numerous other activities that have kept me busy, it is now winter and even here on the relatively mild east coast, it has been pretty cold. A Facebook meme jokingly stated the other day “Meanwhile, for the 231st time, Australians were horrified that the temperatures had suddenly dropped”.

But there really isn’t an excuse, after all I rode through over 20 Canberra winters where the night-time temperatures regularly dropped considerably below zero degrees and where even the daytime temperatures often struggled to make double figures. Add to this the fact that my winter riding gear was nowhere near as effective then compared to what I wear now and there really isn’t an excuse for leaving the bike in the garage.

So, with the overnight temps predicted to be in single digits and the daytime ones for Saturday to be in the low teens, it was time to get out there and brave the elements. I planned a slightly different route than normal which turned out to be not too bright an idea (please read on) and I hit the road about 0730. The temp gauge said it was 11 but, by the time I arrived in Picton it was showing 5 and not looking like getting any warmer. By Windsor I had again navigated a foggy patch past Jordan Springs (though nowhere near as soupy as the last time I rode through there.) Instead of heading up the Putty Road, however, I headed east (topping off the fuel tank at McGraths Hill) and then north along the road to Pitt Town (my old ancestral stomping ground) and on to the Wisemans Ferry. 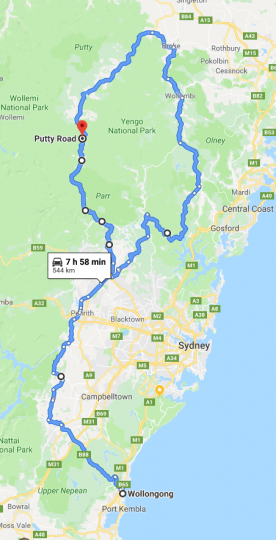 At the ferry I met Paul, on a 6rh Gen VFR and Darryl, on a Ducati Supersport. Both riders agreed that I should lead off the ferry with an agreement that we would stop at Spencer for breakfast. Clearly they both knew what the road was going to be like, as did I, but the usual bumpy surface was spiced up by long sections of road that was still in the shade and were very wet indeed. Now I HATE riding in the wet so I took it REAL easy. My riding companions followed suit and, after much slipping and sliding (not “away” as in Paul Simon) we pulled in to the cafe at Spencer and thawed out a little in the sunshine. It really is a great place to stop, the owner is extremely motorcycle-oriented and goes out of his way to look after his two-wheeled clientele.

My coffee number was appropriate also, I cannot stop playing the “racing numbers” game (see above). Darryl and Paul were going to go up to Peats Ridge and then drop down the Old Pac so we parted company at Spencer and I took off in search of the turn-off to Kulnurra, I was already conscious that I had a long way to go to get home. It wasn’t so much the distance that was of concern, rather the fact that daylight finishes early in the winter and I didn’t want to be doing the last leg of the trip in the dark and increasing cold.

Speaking of the cold, I wasn’t concerned about that. I wore some “long johns” under my Draggin Jeans and a couple of long sleeved t shirts under my jacket. On a couple of the colder sections I used my heated hand grips but mostly I found that my mid-season gloves were more than adequate. Some would say, “No sense-no feeling” and they could well be right.

Winter riding is very enjoyable as long as the sun is shining and it was a sparkling day and stayed that way the further north I rode. Past Wollombi the road gets very dodgy, narrow, lots of shaded sections that were still VERY wet and populated by the local “gentry” who insist on driving their Land Cruisers down the MIDDLE of the road even though they know that the consequences of you getting over to let them by are vastly more dangerous for you than if they were to take their OFF-ROAD vehicles OFF into the gravel on the side of the road so that you could safely get by.

Nevertheless, I managed and turned left at Broke, then left again to head out onto the link road that takes you to the top of the Putty. At the intersection I noticed a camper van owner setting up camp at the trucker’s memorial “Stealth” camping is increasing. Later that night the same person posted a couple of pictures of their setup on the Free Camping Facebook page. It definitely is a small world.

I can’t count the number of great runs I have had through the Ten Mile in the last few years so I was pretty philosophical when, just past the tree where the interesting part of the road begins, I came upon a semi trailer low-loader, empty and getting along reasonably quickly. A less scrupulous rider would have blasted by over one of the double unbroken lines that prevent overtaking anywhere on the stretch, but I bided my time, admired the scenery and made my move when the overtaking lane came up. Hey, you get good runs and you get bad runs, it’s all part of the game.

I was watching the clock pretty closely by now and I knew I wouldn’t have time for coffee and a snack at Grey Gums but I took a quick pit stop, said “Hi” to Shiloh and paid my respects to Kimmie and kept on boogy-ing. It was just after 1400. If I got a good run I’d be home by 5 and it would still be light. Hopeful of a good run through the bends leading down to Colo Valley I again encountered a truck, a bitumen tanker and he was going slow. There were several place where he could have assisted me by but he had no intention of being courteous and I again had to wait till the flat before I could get by. As my good friend, Bruce Lind, says, “Somedays you get the bear and somedays the bear gets you.”

Splash and dash at the Liberty at Wilberforce then it was all hands to the grinders for the last leg. Made pretty good time, too, until I started descending Mount Keira. The road had been wet on the way up in the morning and it was just as wet on the way back down in the afternoon so it was “softly-softly” till I got out onto the highway, pulling into my driveway just on 5, great timing. 613kms for the day (Not sure what I did with the Google maps there but my odo says 613)

There definitely is something about riding in winter that makes it worth doing. Yes, the hazards are increased but, with care, you can still have a very enjoyable day.

Sunday dawned bright and clear and I was out on the bike again, heading for a rendezvous with the Illawarra Riders guys for our monthly breakfast ride. Breakfast at Huskisson, about 100kms from home, was very pleasant, as always and the 200km round trip meant that I had, indeed, logged up some pretty serious distance for the weekend as a whole.

Last night’s Dutch Grand Prix saw a welcome and long-overdue return to winning ways by Yamaha, the smooth and flowing layout of the Assen circuit suiting the bike and Vinales well. I’m not sure what the stats are but I’d be interested to know when it was last that two Yamaha riders were on the podium together. The Ducatis, in contrast, don’t like circuits like Assen at all and both the “works” riders struggled, Dovizioso finishing 4th and bleeding more points to Marquez who settled for a safe 2nd and the 20 points. This weekend is Germany where Marquez has a terrible record, 9 poles and 9 wins in his last 9 starts. Somebody better do something. Quatararo was again sensational, setting a blistering pole time but the bike was evil during the race and he did brilliantly to hang onto 3rd.