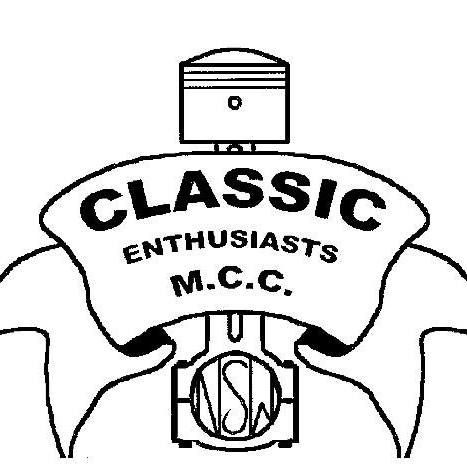 Last night I hot-footed it up-town to the Keiraville Public School for the monthly meeting of the Classic and Enthusiasts Motorcycle Club. I’ve been a member of lots of clubs in my time but it has always been a voluntary affair. This time joining this club has become compulsory since it is the CEMCC who are the local people who can organise historic registration for the Gold Wing. For the benefit of those who don’t know what I am talking about (nothing unusual there, I’d reckon), let me explain.

For many years now the NSW registration authorities have provided a low-cost registration arrangement for what they term historic vehicles. It apples to cars, bikes, trucks and other vehicles as well. Certain provisos are in place to ensure that this system isn’t rorted but it has been in place for quite a while and it works very well. The principle of the system is a two-fold one. Firstly, there is an understanding that owners of historic vehicles do not use them on a regular basis so a cheaper registration system would provide them with the opportunity to use their vehicles pretty much as often as they want to without having to pay full registration and CTP costs. Secondly, it is understood that many historic vehicles are owned by owners who, themselves, are “historic” ; older owners, many of whom are on pensions or limited incomes. The system allows these owners the opportunity for on-going enjoyment of their vehicles.

As I said, certain provisos are in place. The vehicles must be at least 30 years old As this date changes each year, presently you could put your 1989 model Yamaha FJ1100 on historic registration for example. As well, the vehicle, and we’re mainly concerned with bikes here, must be in standard trim; no cafe racers, bobbers or wildly modified Honda 4’s for example.

For the first year of registration of an historic bike, the cost is c.$106 which includes the purchase of the Historic Vehicle number plate (licence plate for my American friends). In succeeding years the price drops to $46 per annum. This is an amazing discount compared to how much it costs to register a “normal” bike so it is a very attractive proposition. There is no need for a Pink Slip as each club has their own machine examiners who inspect the bikes and determine if they are eligible for historic registration.

Now, of course, there IS no such thing as a free lunch and there are some restrictions involved as well. Firstly, apart for the occasional “maintenance run” where you take your bike to the mechanic to get something done or a quick blat around the block to see if the clutch is working properly, you are restricted from riding the bike unless it is on a club-organised ride where your log book will be stamped by a club official. If you DO push your luck with non-club outings and you are pulled over, your historic registration is likely to be cancelled.

If you are a member of an active club, like CEMCC, you get to go on plenty of club rides, it seems. This club has at least one ride per week somewhere or other so that seems pretty good. As well as that, they have reciprocal arrangements with other similar clubs that enable you to join THEIR rides and have your logbook endorsed accordingly. So, if you have the time, your historic bike isn’t going to be gathering too much dust in the garage.

As if this wasn’t generous enough given the pittance that you pay for registration and CTP, the RMS here in NSW has also been running a self-regulating logbook “trial.” Riders are required to keep their OWN logbook of when they have ridden and are allowed to ride up to 60 days in a calendar year WITHOUT having to be part of an organised club ride. In September the RMS will be conducting a survey of similar organisations seeking their feedback on the trial and it seems likely that the feedback will be very positive, judging by what the clubs have heard from their members who have taken part in the trial so far.

In any event, while joining the club is a deal more expensive than what I was expecting, it to be, I think the benefits outweigh the disadvantages. It’s actually funny because this is the second time that I have joined CEMCC. Way back in 2011, I joined up thinking that club membership could be very helpful while I was in the middle of the Shadowfax restoration (no, I wasn’t planning on trying to register it). It wasn’t really helpful at all as I came to realise that the membership of the Illawarra branch was substantially uninterested in Japanese bikes altogether, preferring to engage in detailed discussions about the minutiae of pre and post war British bikes. I am pleased to note that this no longer appears to be the case and I am looking forward to a fruitful association. It was mentioned from the official table during the night that they are looking for people who can write articles for their (excellent) journal, mmmm, I wonder.

Anyway, onwards and upwards, we shall see just what comes of this latest adventure.