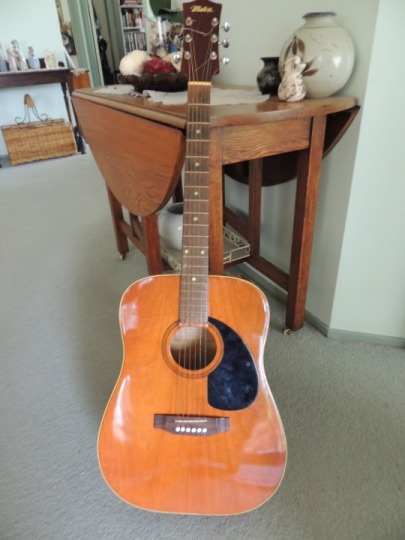 This month marks the 50th birthday of my Maton CW80/6 guitar, a noteworthy occasion. As noted some time ago, my first guitar was a Yamaha 6 string guitar which I purchased during my first year at Teachers College, 1969. It was a steel string guitar but I converted it to nylon strings as I was just learning and the steel strings were just too hard on my fingers. In early 1970 I sold it to my equally impecunious brother and went looking for a better instrument.

My final choice came down to the Maton from Palings in Wollongong and a Gibson dreadnought from Dick Piper’s music shop in the top end of town. The choice was pretty easy in the end. The Maton was $150 and the Gibson was $495. But it wasn’t just price that sealed the deal. The Maton, though cheaper, was vastly better finished than the Gibson AND it was Australian made, a very telling factor. So, I shelled out the $150 and brought the Maton home just before my 21st birthday in March 1970. I was still living at home and my mother, ever the tightwad, was scandalised that I could spend such a huge amount of money on a musical instrument (thank goodness I DIDN’T buy the Gibson) but I wasn’t worried because the Maton was just what I wanted.

It has been in my possession ever since and the label inside reads “669” which indicates that it was made in June of the year before I bought it, 1969.  In the year 2000 I sent it back to the factory for a check-up (honouring its 30th birthday) and the report came back that it was in outstanding condition and that, if I continued to look after it as I obviously had been doing, I could pass an excellent instrument on to my grandchildren.

Since it is an acoustic guitar it doesn’t get as much use as the Norman which has an electrical pick-up, but, last Friday, when we did the Folk Club Nostalgia Night at Diggies, I fitted my clip-on pick-up and used it at the concert. It sounded wonderful as it always has, but 50 year old timber SHOULD sound wonderful. 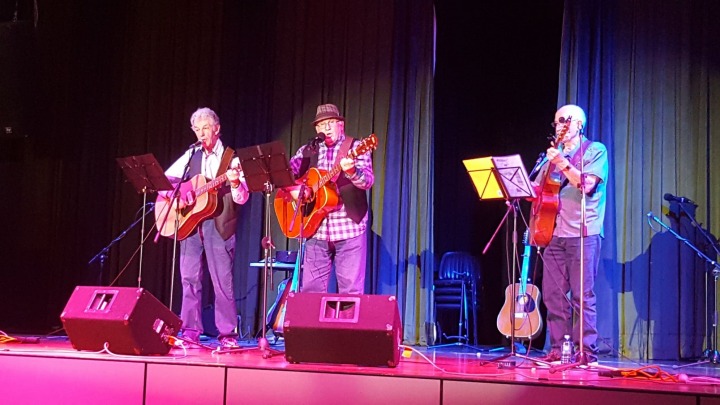 The CW80/6 is still a catalogue model in the Maton range. It was never a “high end” instrument and it still isn’t but it would cost a great deal more than what I paid to buy a new one now, AND it wouldn’t be as good an instrument. The report from 1970 indicated that my “old” instrument is made of much better quality timber than the current ones are and the proof is in the longevity and the sound. When I pulled it out of the case on Friday night it was still spot on tune and I can’t even remember the last time I played it.

So, happy 50th birthday to my Maton. It certainly brings to mind one of my favourite Jon Denver songs.