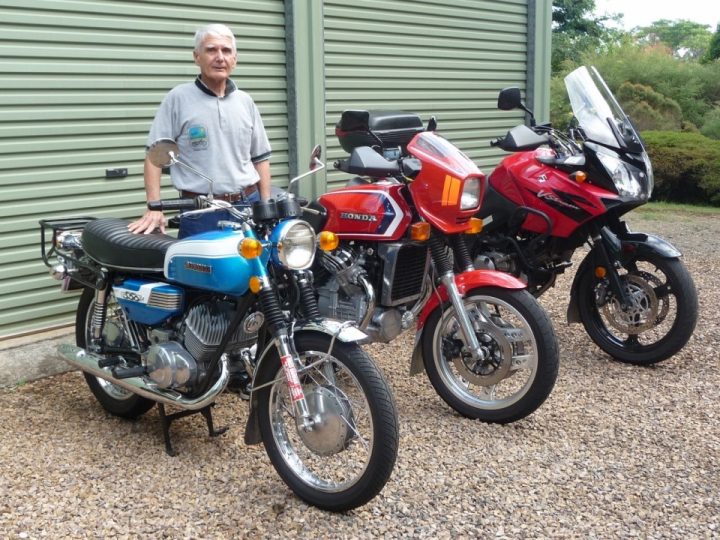 The other day a new member popped up on the motorcycle forum I inhabit. Yes, forums do still exist though they have taken a big hit with the arrival of Facebook. Anyway the new user called himself “Joethebike” and it didn’t take very long for us to twig who Joethebike really was. Yesterday he posted up a showcase of his bikes and a commentary on what each of them are. I will quote him as he says it so much better.

“All my current bikes have been owned from new and are all road registered, The T350 on Qld Historical Club, The CX on single seat and the DL on normal reg.

The T350 has a chequered history from road racing when I won the 1972 Castrol Six Hour race on it but was disqualified on a technicality. To prove a point I rode it solo again in the 1973 Six Hour race doing the same number of laps that won the 1972 race and this time winning the 500 class. The bike was gifted to me by the NSW Suzuki agents and I used it as my road bike for daily commuting, Snowy Rallies, Willoughby Club road races and everyday rides until 1984 before parking it in the garage. In 2000 after retiring from work I gave it a major renovation and it’s current mileage is around the 170,000km mark with the gearbox still all original.

The CX was bought new in 1984 as a superseded 1982 model and it has been a great bike, carefully maintained with all engine work done by me (it’s fun making up the special tools) and it currently sits at 257,500km and going as well as ever. The only failure has been the stator (they all do that!) and it still returns better than it’s overall average fuel consumption of 4.61L/100km or 61.7 MPG. Much underrated in the bike world my CX has done day rides of 1300km from Canberra to Maleny Qld and numbers of interstate trips but lives in semi retirement now and is still a pleasure to ride.

The Vstrom has done 107,000km with the only fault being a headlight issue fixed with relays and I can’t see myself needing another bike for many years to come.”

I guess you have already figured out that Joethebike is Joe Eastmure, who did get his Six hour win a few years after the DQ in 1972 when he won the 1977 edition of the race with Kenny Blake on the BMW. 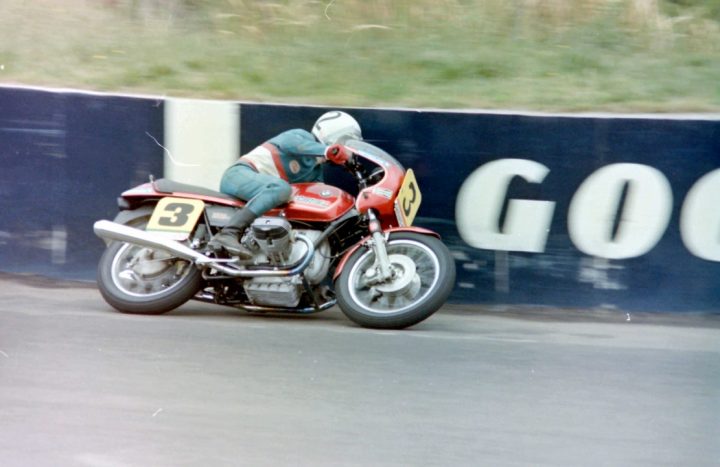 Over the years when I was living in Canberra I got to know Joe pretty well and he even granted me some exclusive interviews which I have published here. A true gentleman in every sense of the word it is good to know that he is enjoying his retirement in sunny Queensland and is still enjoying his riding.