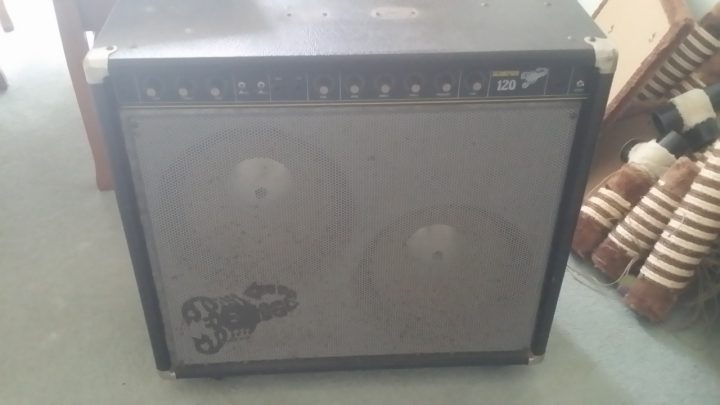 As you all know, I really enjoy doing our nursing home gigs. I guess it’s a way of giving something back to the older generation after all that they have given to us. And it’s all part of my show-off nature too, I suppose!

For all of the time that I have been playing guitar (since 1969) I have been strictly an acoustic player. At various times I have had electric guitars for one reason or another but I have always passed them on in favour of acoustic models. Presently, however, I have 2 guitars that have electric capability. One is the Art and Lutherie that I bought some years ago from my local 2nd hand shop.. 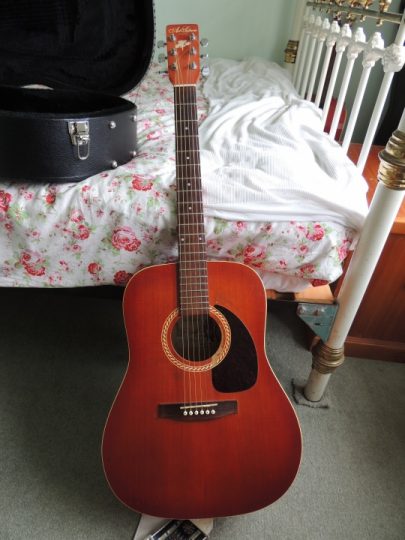 and the other is the Canadian Norman guitar that was given to me some years ago by a Canadian girls who was touring Australia and found that she didn’t have the room to take it home.’ 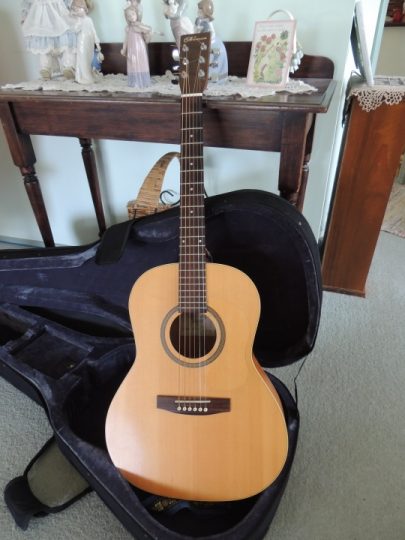 I have often pondered on the strange coincidence that my only acoustic/electric guitars have a Canadian origin. Anyway, these two mostly have been played unamplified as well.

That is until I started doing my nursing home thing (oh, and getting involved in various folk festivals as well). As soon as I started doing this I found that the guys that I work with all use acoustic/electric guitars and run them amplified when the rooms in which we are performing are fairly large. Now it didn’t really bother me to begin with as my guitar playing isn’t really worth amplifying but I did find that I needed the amplification for my microphone because, as I said, the rooms are often large and there is quite often a fair deal of background noise.

When working in 360 mode I run my guitar and microphone through Elwyn’s amp and mixer that is managed by his wife, Jan who comes along as our “roadie”. This works very well and saves me having to have my own gear. However, like Henry (the other member of our group), I’d like to branch out a bit and do some more music than we presently do as a group. With that in mind I have been searching for some time for an amplifier that I can use when doing solo gigs that can allow me to amplify the guitar and my voice.

All of this tedious introduction is by way of introducing my latest purchase, a Scorpion 120 amplifier that I found on one of the local Facebook “For Sale” sites. It is in excellent condition, has wheels so that it can be moved around easily and, best of all, it has two channels and two speakers. Better than all of that, though, is the fact that I was able to get it for considerably less than $100, a solid gold bargain in my opinion.

However, it is rather big… 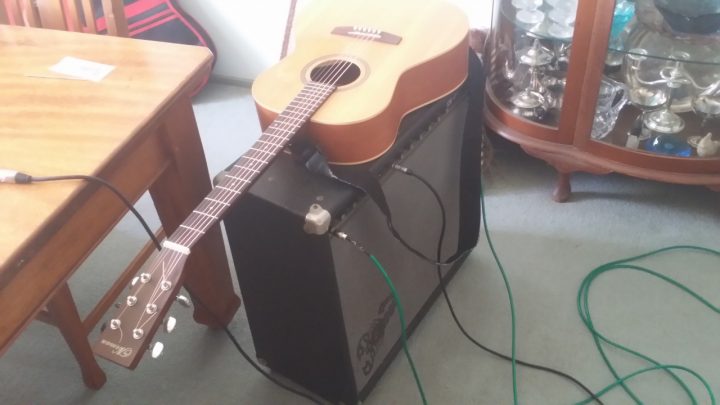 ..so time will tell whether that is going to be a problem.