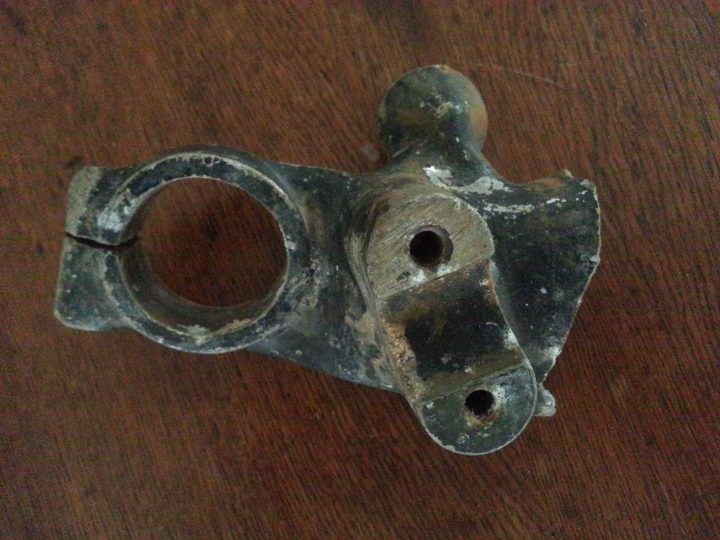 While cleaning out the shed over the last couple of weeks I have come across all sorts of treasures and this is one of them. It is part of the triple clamp of the Shadowfax Kawasaki and it was broken in the huge accident that happened at Bathurst in 1981. From memory it was late Saturday afternoon and Kent started on the 33rd row of the grid with heaps more rows behind him. He recalls that the line stretched the full length of the starting grid and up and around Murray’s Corner!. The Shadowfax wasn’t the easiest bike to start as well; push start in those days, run and bump it and hope it fired then jump on and gas it, and he dropped a lot of places getting the big beast to fire.

Once he got going, though, he immediately started mowing them down. The 1150 Moriwaki engine had a shed-load of power and he was soon well into the pack heading up the mountain for the first time. Racing from deep in the pack is a lottery these days as it was then and he recalls a few “hairy” moments as he threaded his way through. Across the top of the mountain, he was making good time and all was going well till McPhillamy Park. A much-too daring rider who fancied his chances put his front wheel inside the line that Kent was on going through the flat-out left-hander. The front wheel snagged the rear wheel of the Shadowfax and the bike sat up and speared across the track to the right, barrelling through the tiny gravel trap on the outside of the corner and flinging itself and the rider up against the armco fence.

The result was devastating for both. The bike was totalled and Kent suffered a broken scaphoid in his wrist and a fractured femur; he got off pretty light considering the ferocity of the crash. 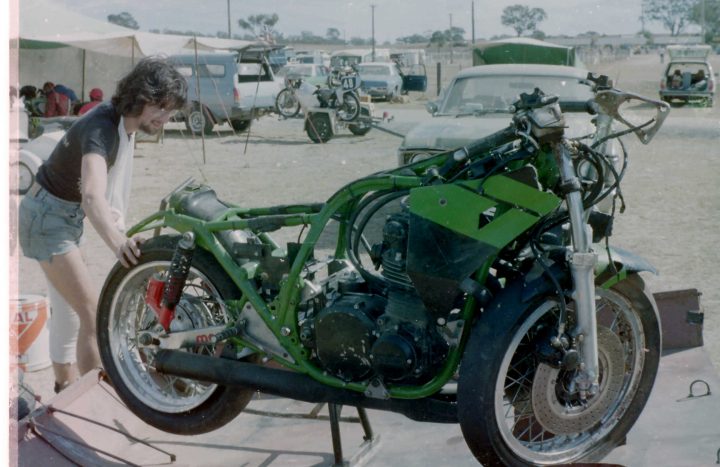 Kent was taken to Bathurst Hospital where he spent a harrowing night in Casualty listening to the screams of pain that were coming from somewhere else in the ward. He later found out that the screams were coming from the gravely injured Dennis Neill who had suffered his horrific crash earlier in the afternoon. He says that he will hear those screams till his dying day.

The bike was returned to the pits in this condition.. 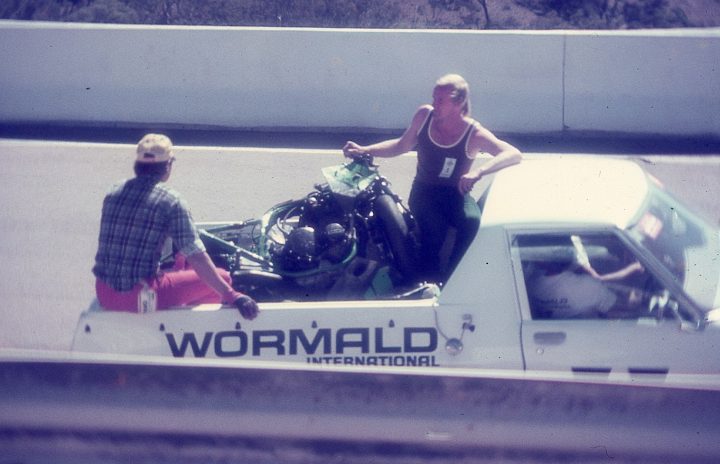 It’s only recently that someone found this photo in their collection and passed it on to me.

The triple clamp (along with just about everything else) was smashed and the photo at the top of the page shows the ferocity of the crash. The photo below also shows just how thin and fragile the triple clamps actually were back in the day. Remember this was on a 100bhp+ racing motorcycle. 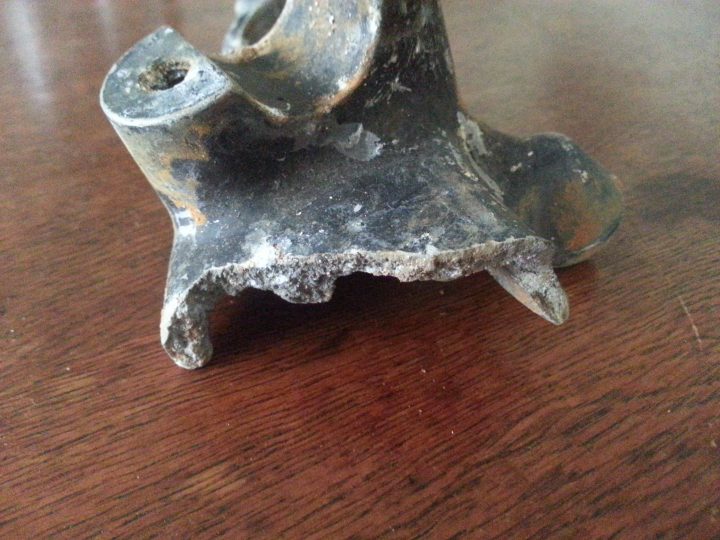 It’s no surprise that, when Kent had recovered and he rebuilt the bike that he opted for something a little more “beefy” 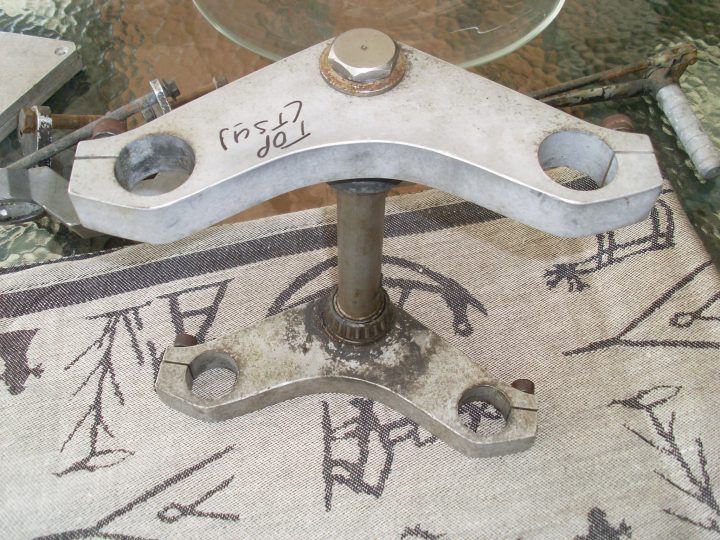 Custom built by the late Howard Wallace in the Nuclear Lab at the ANU!

As you know, Kent rebuilt the bike and used it as a road bike till 1988. As a rabid “Mad Max” fan, he used every opportunity to give the bike his interpretation of the post-apocalyptic look that he so loved. Here’s a pic of the bike from 1987 and you can see what I mean. It’s also “cute” to note the early-model GoPro on the tank. Kent was always ahead of his time. 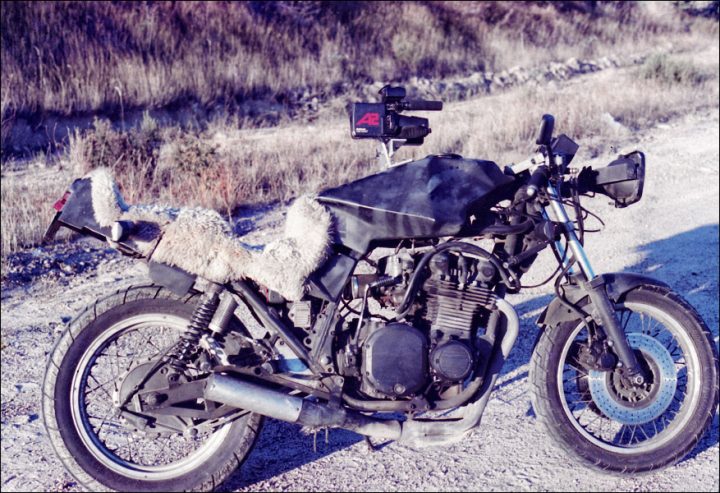 It’s hard to believe that THAT would eventually become THIS. 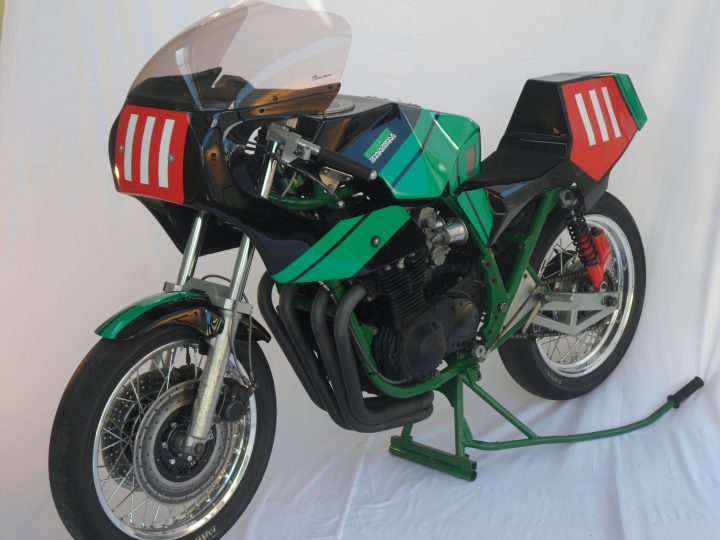 Them’s the breaks, I guess.