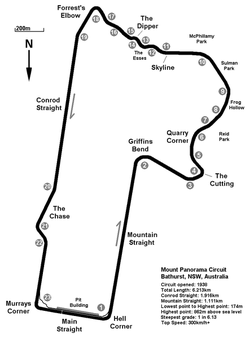 Easter has just passed and, along with the holiday long weekend, the Easter Show, Easter eggs and traffic jams it never goes by without numerous souls bemoaning the passing of the Easter Motorcycle races at the iconic Mount Panorama circuit just outside Bathurst. From 1938 through to the mid-90’s most motorcycle road racing enthusiasts’s thoughts turned to the Mountain every Easter. Indeed, in my era, the late 1970’s and onwards, most enthusiasts had a different calendar to “normal” people. Instead of it running from January to December, it ran from April to October. April for the bikes races at Bathurst and October for the Castrol Six Hour at Amaroo Park and later at Oran Park.

Sadly both events are no more, a consequence of too many factors to even mention here let alone examine. The last Six Hour was in 1987 by which time production bike racing was merely surviving and the last Bathurst was in 2000 although there had been a number of years before this when the meeting was not run. The double sidecar fatality in 1994 finally sealed the fate of the Easter Carnival. A revival looked likely in 2000 but the promoter was declared bankrupt soon after the event and succeeding suggestions about reviving the event have been just that.

But Bathurst was great. On that one weekend it was possible to see the best riders that Australia had to offer, dicing it out on one of the most challenging courses in the world, not just in this country. Add to the locals the string of International riders who were caught by the lure of the mountain and it made those of us who can remember Bathurst a place of indelible memories as well as tragedies that will never be expunged.

Every now and then, as I said, someone will say, “Why cant we have bike races at Bathurst any more?” And someone will answer that it’s now just too dangerous. Those who have let the bitter memories recede to the back of the memory bank will then counter that the Isle of Man course is dangerous too, but people still race on it. Unfortunately, that is just too simplistic an answer. The fact is that, since the 1990’s the Mount Panorama circuit has been completely redesigned and modified to suit one category and one category only, V8’s. What areas of run-off that used to exist (and, yes, I know, there wasn’t a lot) have been taken away, their places taken by unforgiving concrete barriers. Ever wonder why there are so many Safety Car periods at the 1000 in October? It is simply because of the fact that, of a car crashes or stops anywhere on the circuit, there is nowhere that it can be safely moved from the circuit to a position where it will not present a hazard. The gaps in the fences that used to exist and which were used for just this purpose are no longer there. Even the Isle of Man circuit has more run-off areas than Bathurst has!

In 2000, the last year that bike races were held there, the top bikes were doing well over 300km/h down Conrod Straight WITH the inclusion of Caltex Chase. Indeed, leading A Grade rider, Kevin Curtin told me that he could get back up to 300km/h between the Chase and Murray’s corner! Another A Grader, Russell Davis, confided in me that he loved Bathurst and it was always a thrill to ride there. He said he guessed that it was going to be his last Bathurst but he did say that the track in its present form was a bit like concrete tunnel.

It is fair to say that bikes will NEVER return to the mountain and use the full 6.3km layout. But, from time to time, news stories arise suggesting a new circuit at Bathurst, usually incorporating part of the existing track, pit enclosure and administration buildings. The land is there and it could be done but it will, of course, be terribly expensive. This proposal reared its head again recently and caused a lot of excitement but, in this day of enviro-Nazis and NIMBY’s it seems unlikely it will bear fruit, sad to say.

That said, I hope it DOES happen, Wouldn’t it be great to see the bikes there again? The most exciting part of the track, the section at the top of the mountain would be off-limits but just to be there at all would be something else. I don’t know if it will happen in my lifetime but I hope it will. For those of us who remember the glory days, it would be a wonderful thing.

Sadly, I think that the memories of Bathurst will be all we have left, but what memories they are! 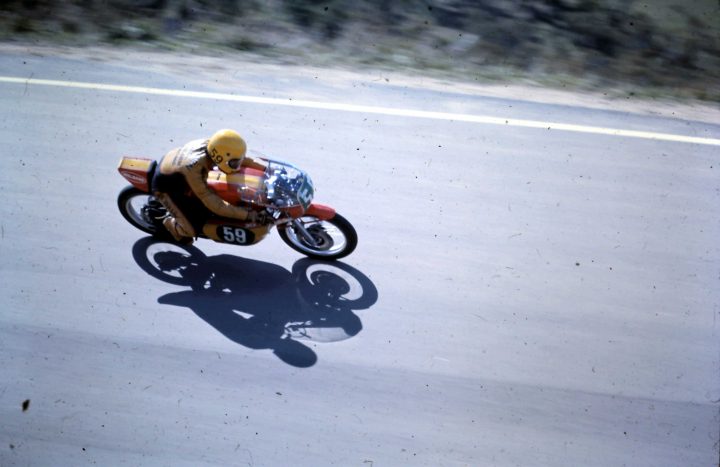