As noted on Friday, last weekend was the 10th annual Barry Sheene Festival of Speed at Eastern Creek Raceway (I refuse to call it by its new, poxy name). As well as that it was held within a few days of the anniversary of Barry’s death in 2003 (is it THAT long?) so the aura of the larrikan Cockney hangs heavily over the meeting. I don’t mean that in a morbid sense, by the way, quite the opposite, in fact. The meeting not only celebrates the career of the Pom who came to stay but celebrates it in a way that he would have found totally appropriate, with fun, frivolity, good companionship, hard racing and boisterous good humour.

As mentioned, I had to miss Saturday at the track due to a Speedway commitment but I was back bright and early on Sunday for another dose. I guess I missed a fair bit of carnage on the Saturday with some of the top guns being eliminated in accidents. Notably, Robbie Phillis, the crowd’s favourite, in a nasty accident that saw him re-damage bones in his right hand and break the scaphoid in his wrist as well. However, though I didn’t get to see much of the racing (reasons in a moment), the big races still went off with perennial favourite, Tasmania’s Malcolm (Wally) Campbell, scooping the pool.

Sunday was amazingly busy. On Friday I had recorded a wonderful interview (I hope you will find it so) with the First Lady of Speed, Britain’s Maria Costello. On her second visit to the Sheene, I was unable to find time to interview her last year and I gained the impression at the time that she didn’t really want to spare the time, which miffed me somewhat since being available to meet and greet was part of her brief in being there as well as her racing commitments. How wrong I was proven to be. With more time available this year, she was utterly charming and easily conveyed the passion and enthusiasm she has for the sport in a half hour interview which you can hear by clicking on the bar below.

But there was unfinished business for the Sunday because Freddie Spencer, on site as the co-special guest, had promised me an interview on the Sunday and, right on cue, he delivered. Proving again the value of getting to the meeting early, Freddie and I adjourned to the relative quietness of the room above Pit Bay #1 and I listened (it wasn’t really an interview as you will hear) as he told me about his early days, his relationship with Honda, about his great mentor, Erv Kanemoto and about cornering skills on cold tyres and what he thinks of Marc Marquez (amongst other things). As a rabidly biased Fast Freddie Spencer fan, every moment was solid gold and I only terminated the interview in deference to his time commitments and a rapidly depleting battery in my voice recorder. I could seriously have listened for hours. Erudite, charming, possessed with the most extraordinary memory and with no trace of condescension whatsoever, meeting him and interviewing him will almost certainly be the pinnacle of my motorcycling life. You can hear the interview below, but, be warned, it’s about an hour’s worth so make sure you have the time. Oh, and please forgive my bias, he did so I ask you to do so too.

You would think that that would have been enough but there was still another highlight. My raucous Facebook friend from Queensland (figures), Rory Macdonald, had organised a special tribute of his own. Working with the members of the Willing family, Rory arranged to have the gorgeous Kawasaki Mach IV superbike for the 1974 Chesterfield Series on display. This seminal bike was part of the series that established what we now know today as superbike racing which then spread to the rest of the world. Lovingly restored by Warren’s brother, Glenn the bike was a treat for the eyes and for the ears as “the cackle” proved. 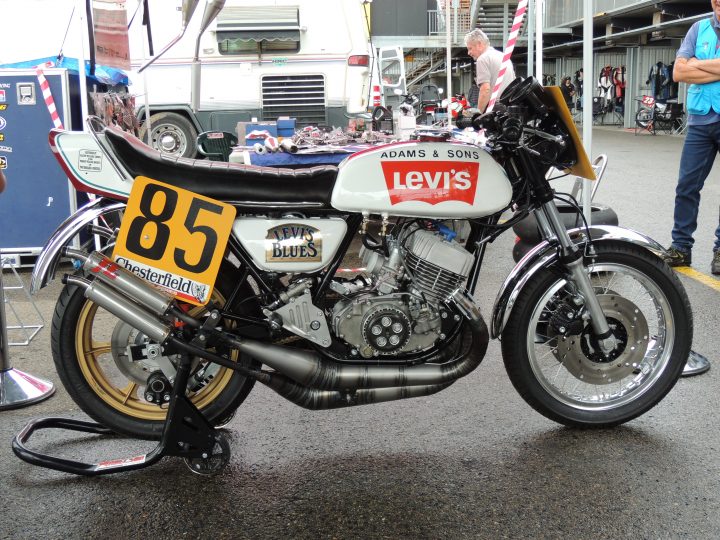 Ex-TKA star, Murray Sayle, was on hand and brought along a new H2R Kawasaki to display alongside the Mach IV and provided tents and display materials as well. 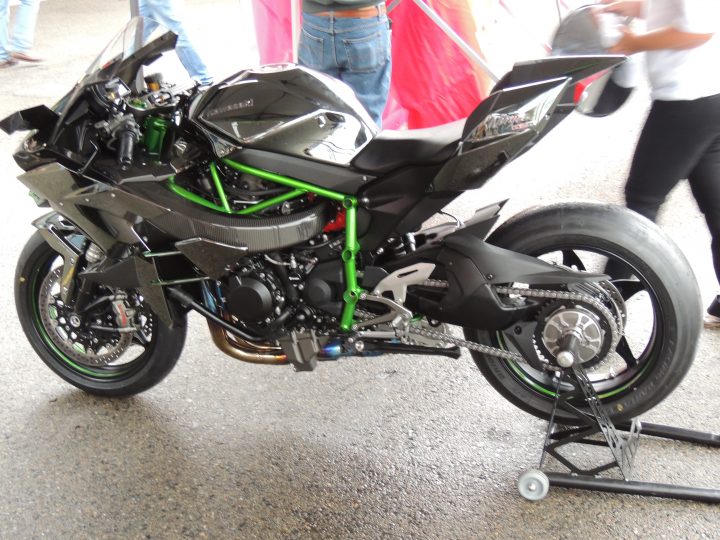 With the 20th anniversary of the death of Gregg Hansford also being this month, it was a poignant occasion. Particularly so as the Guest of Honour, Warren Willing, arrived mid-morning and spent the rest of the day at the track. Suffering from very poor health, it was a terrible shock to see what the illness has done to him. Walking with the aid of two sticks, Warren is a pale shadow of the virile and handsome young man who won the hearts of fans all over the world.

Rory had invited a lot of Warren’s old sparring partners to attend and it was great to see luminaries like Len Atlee, winner of the inaugural Castrol Six Hour race in 1970, Valentino Rossi’s mechanic, Newcastle’s Gary Coleman, Big Bad Dennis Neill and a heap of others. Both the Adams brothers, Warren’s original sponsors, were there and there was rousing applause as well as quite a few tears shed when Glenn took the Mach IV out for the demonstration. Driven in a convertible following behind, Warren was cheered on his way. Emotional? Hell, yes.

Despite concern about his condition, Warren stayed for the rest of the day, socialising, signing hundreds of autographs and being the centre of attention that he so deserved to be. I haven’t seen Warren since just after he returned from Europe in the late 70’s but I was able to have a quick chat. I said to him, “Warren, you probably won’t remember me, I’m Phil Hall.” He looked me straight in the eye and said, “Of course I remember you,”

Somehow, for a while there, the racing didn’t seem to be all that important.

As usual, I took a swag of pictures and these can be seen in my Facebook album. You don’t have to be a Facebook member to view it.

This year’s Sheene was the best I have attended and the PCRA continue to raise the bar in promoting top-drawer meetings. Congratulations to all concerned.