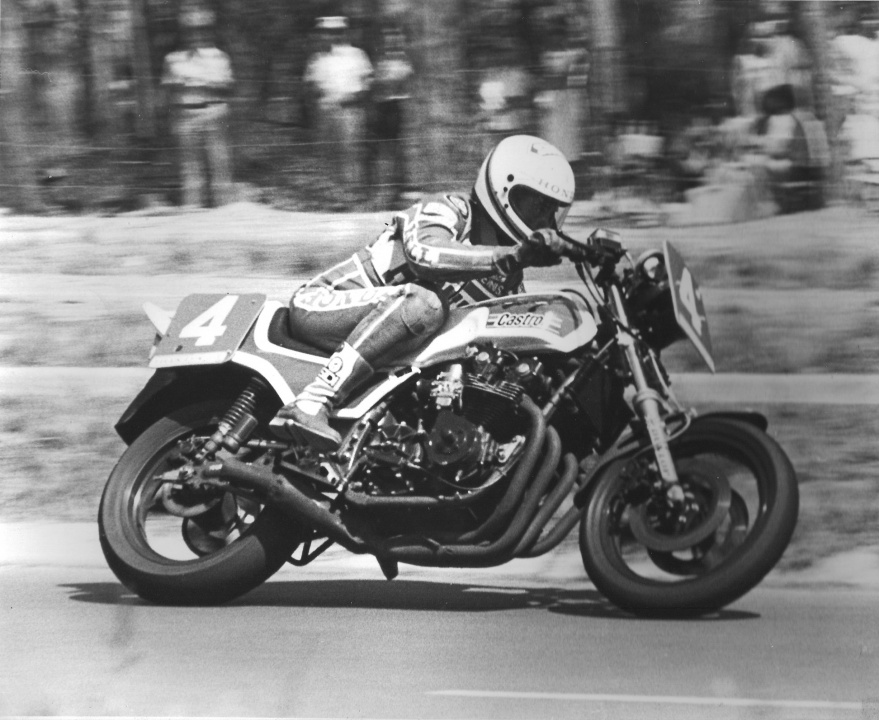 You know what they say about them so I won’t repeat it. But it has been a very interesting year for them as the so-called “experts” try to grapple with the problem of just how much Rossi’s barren two years at Ducati have taken the edge off his riding. Of course, in light of the last MotoGp event, it seems not quite as much as people may have thought. Now, it seems, the question has shifted somewhat to, “Can he do it again, and again or was it just a flash in the pan, capitalizing on Lorenzo’s injury?” Well, don’t forget, he beat Pedrosa and Marquez as well, so he obviously still has “it”. Whether he can duplicate “it” again we will no doubt see this weekend when we move to one of Pedrosa’s favourite tracks, the Sachesenring. Hopefully, the TV will actually show the whole meeting rather than debarring those who do not have cable.

David Emmett, the acknowledged best MotoGp blogger, has produced another gem in the lull between Assen and now and I provide the link below for your information. David bemoans the lack of innovation in the Moto2 class, but he could as well have widened the sweep of the argument to include MotoGp (which still shows a little of it) and the wider motorcycle industry (that is showing less and less of it). Regular lifers will know that the increasing “dumbing down” not just of racing but our whole society, is a regular subject for my soap box.

Motomatters: David Emmett bemoans the lack of innovation in Moto2

I hope you like the picture at the head of the article. It shows Dennis Neill on the CB1100R Honda at the March closed public road meeting in Canberra (1981). The suburb of Macarthur, which had not yet been built upon, was closed for the weekend and CRRC, my club, ran a race meeting on the public streets. We ran several, actually, which you can read about in the My Motobiography section of this site. This photo is significant because, though we weren’t to know it at the time, it was Dennis’s last really successful meeting where he cleaned up in every event he entered. Just a few weeks after this, he had his dreadful crash on Mountain Straight at Bathurst that effectively ended his career.

Dennis is living a life of ease in Queensland now where the warmer weather is probably much kinder to his battered body. I was always very grateful to him that he made available to the club his leathers and racing gear for the Macarthur Park Retrospective in 2003 (geez, that was 10 years ago) 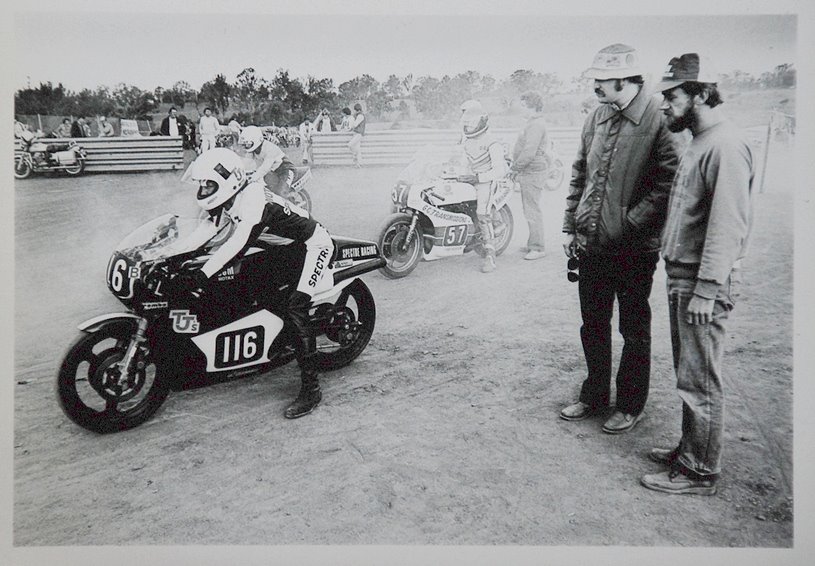 Thanks to my good mate from down the south coast, another old CRRC stager, John Small, this wonderful shot of the late Geoff Gooch, warming up his bike in the pits. I’m guessing this is early 90’s sometime, I’m still waiting on John for some more details. Geoff passed away some years ago from a brain tumour but was one of CRRC’s shining stars on the Armstrong back then. The other two people in the picture are also CRRC members. The taller is Tony Annand, himself also a resident now of the far south coast. Tony was an active club member and also one of the stars of the Road Race Committee that organised and ran the road closures. The shorter person is Theo Barth. Theo, a noted BMW afficianado and former resident of Lockhart in the south west of NSW, was also a tireless worker for the club and I only found out a week or so ago that he also recently passed away after a long battle with cancer. John remarked when he sent me this picture that TA will probably outlive us all. There is something about Black and White photos, isn’t there?

Lastly I want to say a big thank you to a couple of people who I have never even met. Some discussion on social media surrounding my site has led to a healthy increase in the number of people visiting and reading here so I am very grateful for their unpaid and unsolicited advertising of Half of My Life.