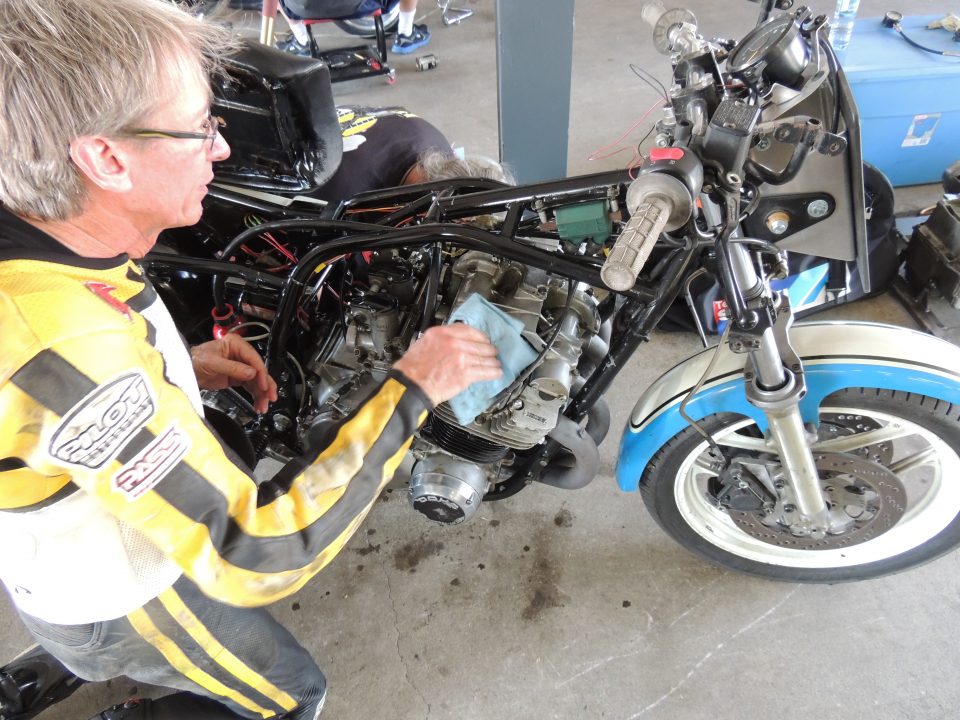 The man’s name is Ralph Hudson. He was one of the members of the USA team at the Island Classic at Phillip Island. Riding his old 1980 Suzuki GS1000, he had a great time. It didn’t start out too well, as he had a persistent oil leakage problem during private practice and official practice. Nothing he did seemed to be able to stem the flow of a small amount of oil from around the rocker cover of the engine. Finally, he consulted noted engine expert, Rex Wolfenden, who told him what he didn’t want to hear. When you over-bore a Suzuki 1000cc eight valve motor (Ralph’s was out to 1260cc), the space between the outer rim of the bore and the head stud holes is reduced dramatically and it is a common fault with the “big bore” engine that oil will find its way from the oil gallery to the outside of the rocker cover. There are ways of fixing it, but it requires a complete tear-down and some complicated surgery, neither of which was feasible on race weekend. So, after battling it for a day and a half (Ralph is seen here cleaning up), Ralph admitted defeat and we lifted the “hot” engine and replaced it with his “softer” 1000cc engine for qualifying.

The engine ran flawlessly for the rest of the weekend allowing Ralph to compete in the P5 races and the International Challenge races as well.

During the course of the weekend, I had the pleasure of interviewing Ralph for MotoPod and I found out a fascinating fact. As well as having a long career in road racing he is also a dedicated salt track racer, having raced at Bonneville for many years. Not only that, but he holds a record for his class on a bike that he built himself and whose fairing design he came up with using formulae available on the internet! 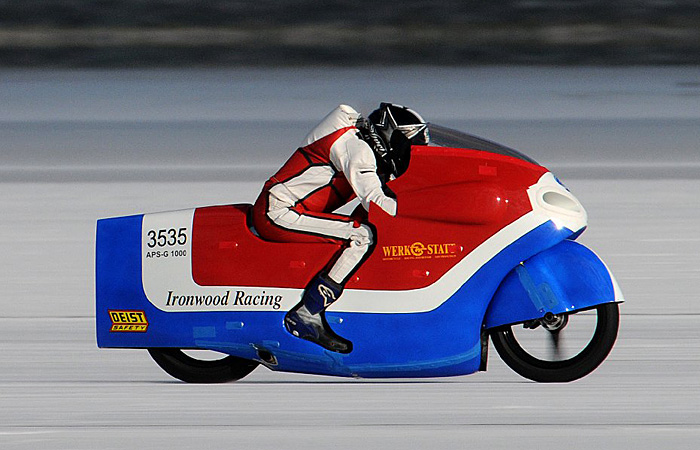 I won’t try and retell the story. Hear it direct from the horse’s mouth by listening to episode 349 of MotoPod at..

You will need to download the file, but it’s worth hearing his wonderful story. As you will hear, this year he is planning on going back with a turbocharged bike so that he can go faster.

The need for speed? Some people just never lose it.