Jerez was booming to the sounds of a Ducati V-Twin yesterday, just a few days after the grand prix on the weekend. What? Isn’t there a strict testing ban? Yes, there is, but Ducati have found a loophole. You see, Rossi and Hayden were testing the GP12, the bike that the team will be using NEXT season and the FIM testing ban only precludes testing of bikes that are “eligible for Grands Prix” and the GP12, being 1000cc, plainly is not. 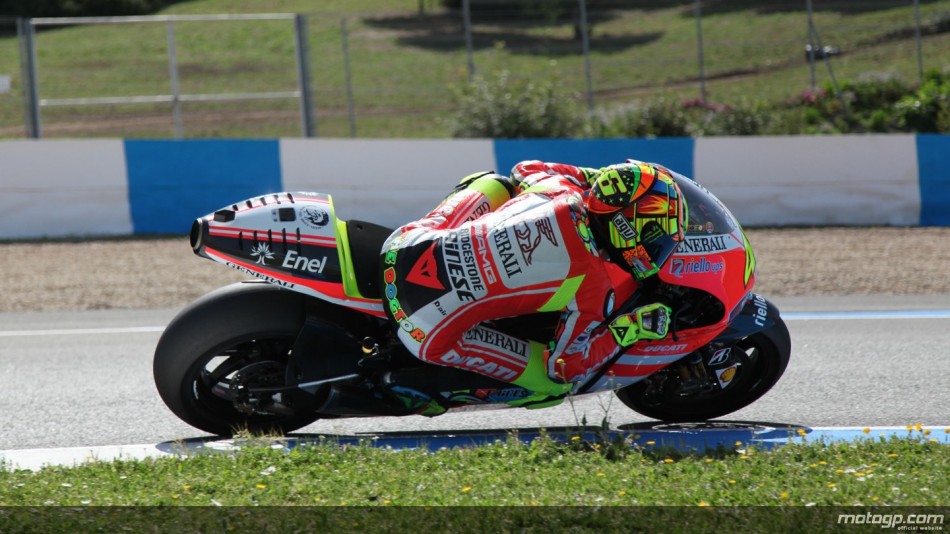 Apparently the FIM does have a 2012 full test scheduled after the Valencia round at the end of the season, but expect to see all the manufacturers very quickly following Ducati’s lead and booking track time for their 2012 prototypes.

And here’s a brief video, carefully staged by the team. Note that, while they let you hear a brief sound bite as the bike starts up, they are giving nothing away as to how it sounds on the track.